Let’s imagine that we are going to build a new one-million-person city, and operate it using the new economic system described in this book. In addition, our new city will largely be independent and self-contained in terms of food, energy, industrial production, and so on. How much land does this city need?

It is certainly possible to build a big city quickly. It has happened in China multiple times. The city of Shenzhen grew from 30,000 to 10 million people over the course of 30 years [ref]. And Shenzhen produces the majority of the world’s electronics – just this one city produces 90% of all of the electronics used across the planet. There is no question that this can be done.

Let’s take it step by step…

On the other hand, by building large, tall buildings, we could house everyone on much tinier amounts of land. Ten square miles could be sufficient to house the whole million-person population, depending on how much square footage each person is given for housing.

So there is a range. At its most spread out, with suburban-style single family dwellings and a picket fence around each one, maybe 200 square miles are necessary for housing one million people. This option also maximizes the infrastructure costs for things like water, sewer, electricity, Internet, transportation, and so on because everyone is so spread out. On the other end of the spectrum, at its most compact, the city takes ten square miles to house one million people. Let’s pick somewhere in the middle for now, and assume we will house everyone in 100 square miles.

How much space should we dedicate to parks and similar places of recreation? Our city’s residents would like to take a walk, hike a trail, play some softball, ride a bike, etc.

Central Park in New York City is one model to follow. Central Park is interesting because it has several different regions. In the southern part of the park, things tend to be manicured. In the northern part, things are more foresty and wild. Central Park receives about 40 million visitors a year and consumes 1.4 square miles of land.

If we assume that we 10X Central Park, so everyone in our city can visit a park every day, we would have far more park space than the average American city, but note that this park space only consumes15 square miles.

Think about where you are living right now. Chances are that your housing in intermixed in a residential zone that includes a lot of other stuff: retail stores, restaurants, gas stations, etc., along with all of their parking lots. This stuff can take up a lot of space. If the housing is taking up 100 square miles, it is easy to imagine another 10 square miles for retail, restaurants, schools, hospitals, etc. But it really depends. What if our new city has no need for retail space because everything comes via Internet shopping? And our new city will handle all transportation publicly (because private cars for every resident is an incredibly inefficient way to handle transportation), which eliminates the need for customer parking lots. For now, assume 10 square miles for retail and other civic structures.

We can use normal dirt farming for staples like wheat and potatoes, and then advanced greenhouses for vegetables. If we assume that there is a wide variety of food available for everyone, then perhaps we need a quarter of an acre per resident for farming. This means 250,000 acres, or 390 square miles, of farmland.

One thing that could change this estimate is meat. Livestock can consume a great deal of food to produce meat, and the number varies by the animal:

The efficiency with which various animals convert grain into protein varies widely. With cattle in feedlots, it takes roughly 7 kilograms of grain to produce a 1-kilogram gain in live weight. For pork, the figure is close to 4 kilograms of grain per kilogram of weight gain, for poultry it is just over 2, and for herbivorous species of farmed fish (such as carp, tilapia, and catfish), it is less than 2. [ref]

The point is that if everyone wants to eat a lot of beef, we need to grow a lot more grain to do it. Or we need to give animals space to graze, which requires even more land. In the case of beef, the conversion rate is quite inefficient. Assuming we stick mostly with chickens and fish, then the need for land in the farming sector might head toward 500 square miles. One future technology that will change this equation is cultured meat [ref].

Chances are that our new city will get its power from solar panels. Wind, or even nuclear power, is another option for green power generation.

If we assume solar, we can calculate the energy needs of the new city and determine the amount of land needed. It goes something like this:

The city is going to have a lot of factories because of everything the city needs to manufacture. And factories can tend to be large. Given the number of products we will have to produce, let’s assume about 100 square miles for factory space. See Appendix D for additional information on factories.

For the sake of the calculation, assume that our new city wants to produce standardized wooden houses of the type found throughout America today. We need about 2,000 board feet of lumber for one 300 square foot house.

A mature pine tree (35 years old) is 15 inches in diameter and 72 feet long. It contains 500 board feet of lumber. If we let it grow 7 more years, it contains about twice that. So if we use trees that are 42 years old, we need 2 trees to build a house. Since we are assuming that houses are replaced every 15 years, and a stand of trees takes 45 years to grow (rounding 42 up to 45 years), we need 6 trees per stand to build a house (assuming no wood at all is recycled when a house is torn down) over the course of 45 years.

A stand might start with 500 trees per acre and get thinned down to 250 that are harvested at age 45. That means that each acre of trees yields approximately 40 houses worth of trees. There are one million houses, so we need 24,000 acres, or roughly 40 square miles of trees, just to handle housing construction.

If we round this up to 100 square miles of forest, there would be two advantages: 1) There would be plenty of wood for all kinds of common paper products like toilet paper and diapers, and 2) people who don’t like crowds would have a big, quiet place to go when they need a break.

Adding it all up

If we add all of this up, here is the total land needed for a one million person city: 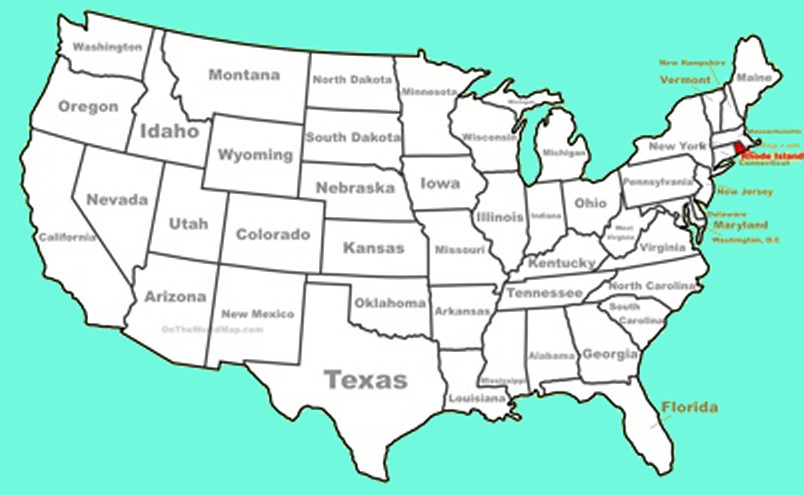 If we want to minimize the land consumed per city, we could go with much more compact housing, saving 90 square miles. We could eliminate meat, saving 110 square miles or so. Compress a few other things, like the forest area. Now the city can fit in 500 square miles.

There are not many places on Earth where a nation is completely independent in terms of food production, energy production, industrial production, etc. But if we want to compare the density of this new city with different places on Earth, several island nations like Puerto Rico, Bermuda and Taiwan have population densities similar to this. Puerto Rico, for example, has 3.4 million people living on 3,515 square miles, or roughly 1,000 people per square mile. [ref]

As soon as we mention “desert”, the immediate thing that pops to mind is “water”. People personally need water to drink, to bathe, to cook, and so on, and water tends to be scarce in a desert.

People also need water for agriculture. There are two possibilities with agricultural water use: An open system and a closed system:

Water typically comes from one of seven sources depending on the location:

A typical person in the United States uses about 100 gallons (378 liters) of water per day [ref], but nearly all of this water can be captured in the sewer system, treated and re-used over and over again.

Agriculture is a different story, because the amount of water needed can be immense using “traditional” farming techniques. This article [ref] points out that it takes 287 liters of water to produce 1 kilogram of potatoes (35 gallons per pound) [ref]. Wheat can consume 2 to 10 times more water depending on the growing conditions. Unless water and/or rainfall is plentiful, some sort of greenhouse water reclamation strategy may be needed to conserve water used for agriculture, or different farming practices will be necessary [ref]. See also these links on reviving desert land: